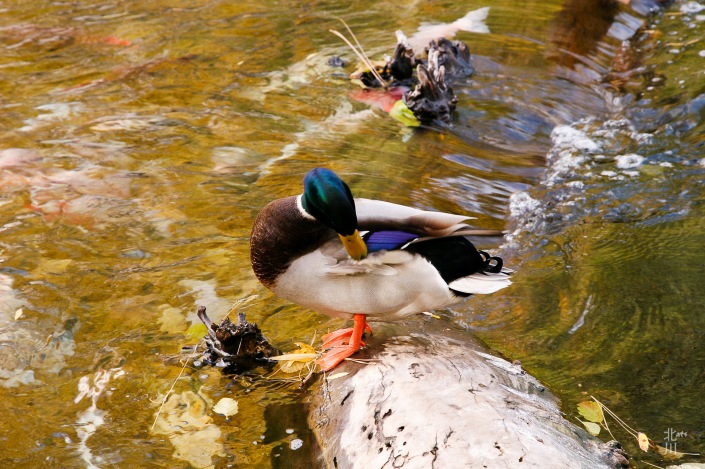 Here’s our friend the mallard standing on a log, grooming himself while the Kokanee run up river. 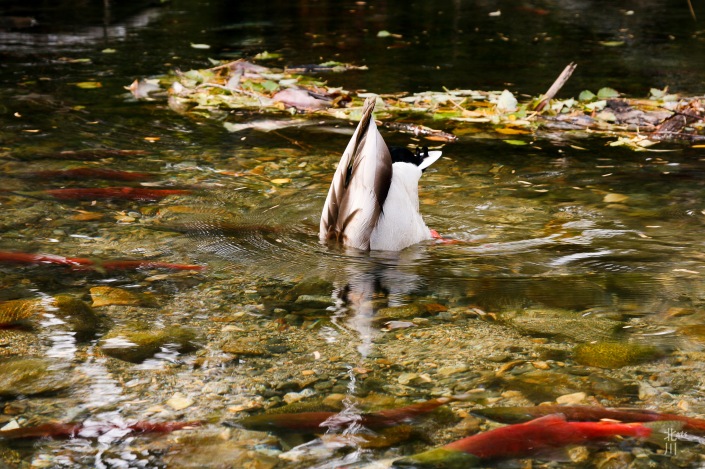 This Mallard was diving for food as the Kokanee salmon swam by. 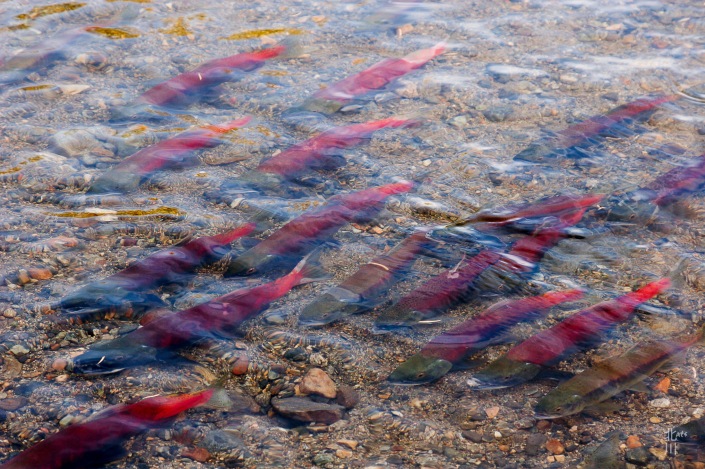 Another photo from 2012 Kokanee Salmon run at Taylor Creek.

This entry was posted in Tahoe, Water and tagged fish, river, tahoe. 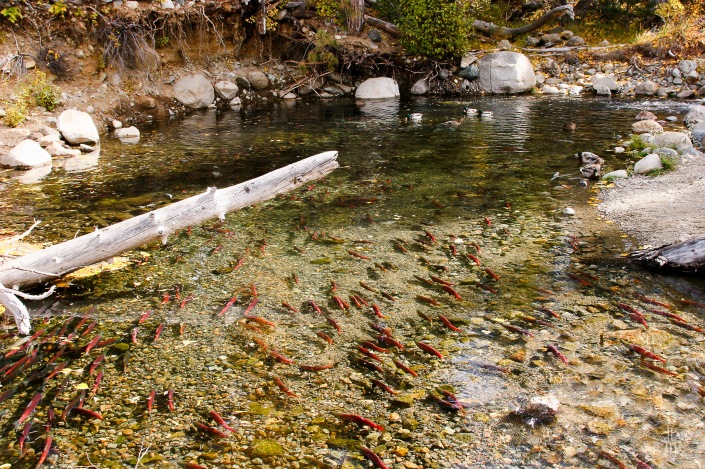 Taken at Taylor Creek in the Tahoe Basin (2012)

Did you know the Kokanee Salmon are not indigenous to Lake Tahoe? Kokanee were “accidentally” introduced into Lake Tahoe in 1944 from holding ponds that overflowed at the old Tahoe City Fish Hatchery. Three years after their accidental introduction the salmon returned to Tahoe City to spawn. Knowing that the Kokanee would survive in Lake Tahoe, it was decided that the hatchery would do a yearly planting of fingerlings in the tributary streams. These plantings began in 1949. Today, California Department of Fish and Game continues to plant fingerlings in Taylor Creek to maintain a healthy population. Kokanee Salmon are a land-locked form of the Sockeye Salmon that are native to the marine and fresh waters of the Pacific Northwest.

This entry was posted in Tahoe, Water and tagged fish, river, tahoe. 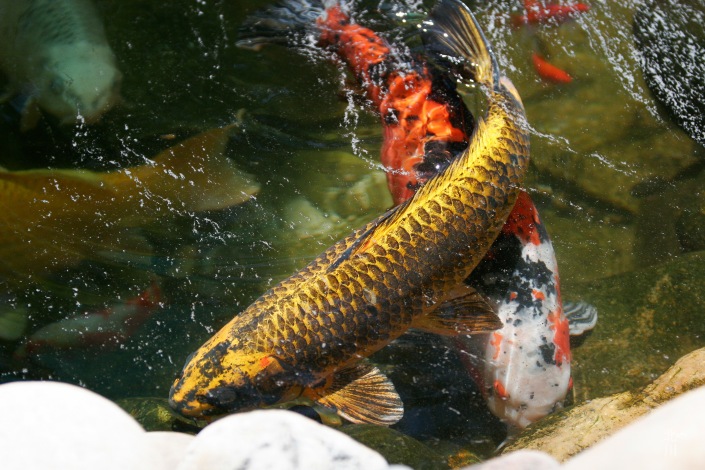 Giant koi in my sister’s yard

This entry was posted in Uncategorized and tagged fish, koi. 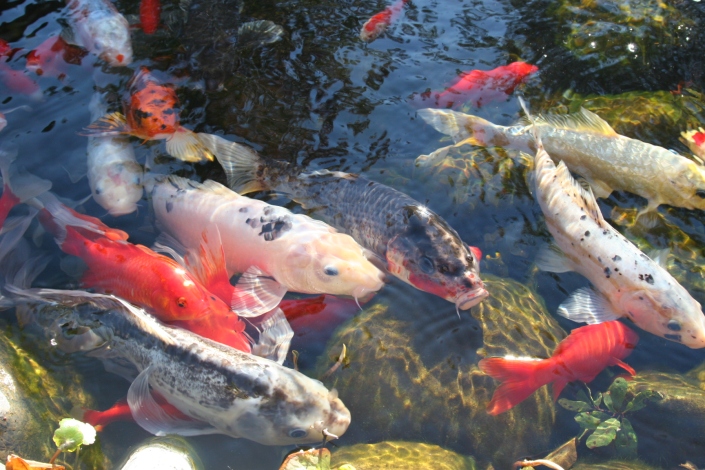