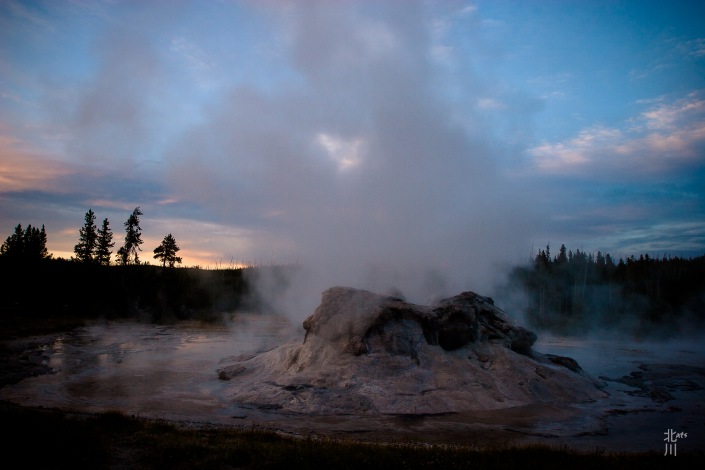 On September 18, 1870 members of the Washburn-Langford-Doane Expedition entered the Upper Geyser Basin where in a day and a half of exploration, they named seven geysers of which Grotto was one. Nathaniel P. Langford described the Grotto in his 1871 Scribner’s account:

“The Grotto” was so named from its singular crater of vitrified sinter, full of large, sinuous apertures. Through one of these, on our first visit, one of our company crawled to the discharging orifice; and when, a few hours afterwards, he saw a volume of boiling water, four feet in diameter, shooting through, it to the height of sixty feet, and a scalding stream of two hundred inches flowing from the aperture he had entered a short time before, he concluded he had narrowly escaped being summarily cooked. The discharge of this geyser continued for nearly half an hour.

This entry was posted in Cool, Travels and tagged Travels, Yellowstone.