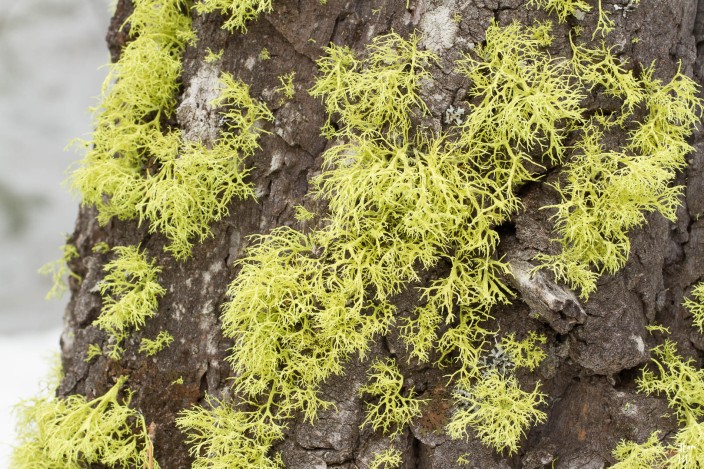 Letharia vulpina, commonly known as the wolf lichen is a fruticose lichenized species of fungus in the family Parmeliaceae. It is bright yellow-green, shrubby and highly branched, and grows on the bark of living and dead conifers in parts of western and continental Europe, the Pacific Northwest and northern Rocky Mountains of Western North America. This species is somewhat toxic to mammals due to the yellow pigment vulpinic acid, and has been used historically as a poison for wolves and foxes. It has also been used traditionally by many native North American ethnic groups as a pigment source for dyes and paints.

This entry was posted in Tahoe, Trees and tagged Lichen, tahoe.